BRABU Graduation Entrance Exam Cancelled– Now Direct Admission on Class 12th Marks Base:  More than 1.44 Lakh students after the filling of the Under Graduation Admission Form waiting for the Admission. Before some days University released the Admit Card for the Entrance Exam but now exam has been cancelled. Now students who have done their registration for the admission in degree Course part 1 ( BA, BSC, BCom) Such students will be now able to get admission on the merit base.

Students those who are going to appear in the exam for Admission now they no need to take part in the entrance test. Now they can get admission on the merit base. First, read update details for it. 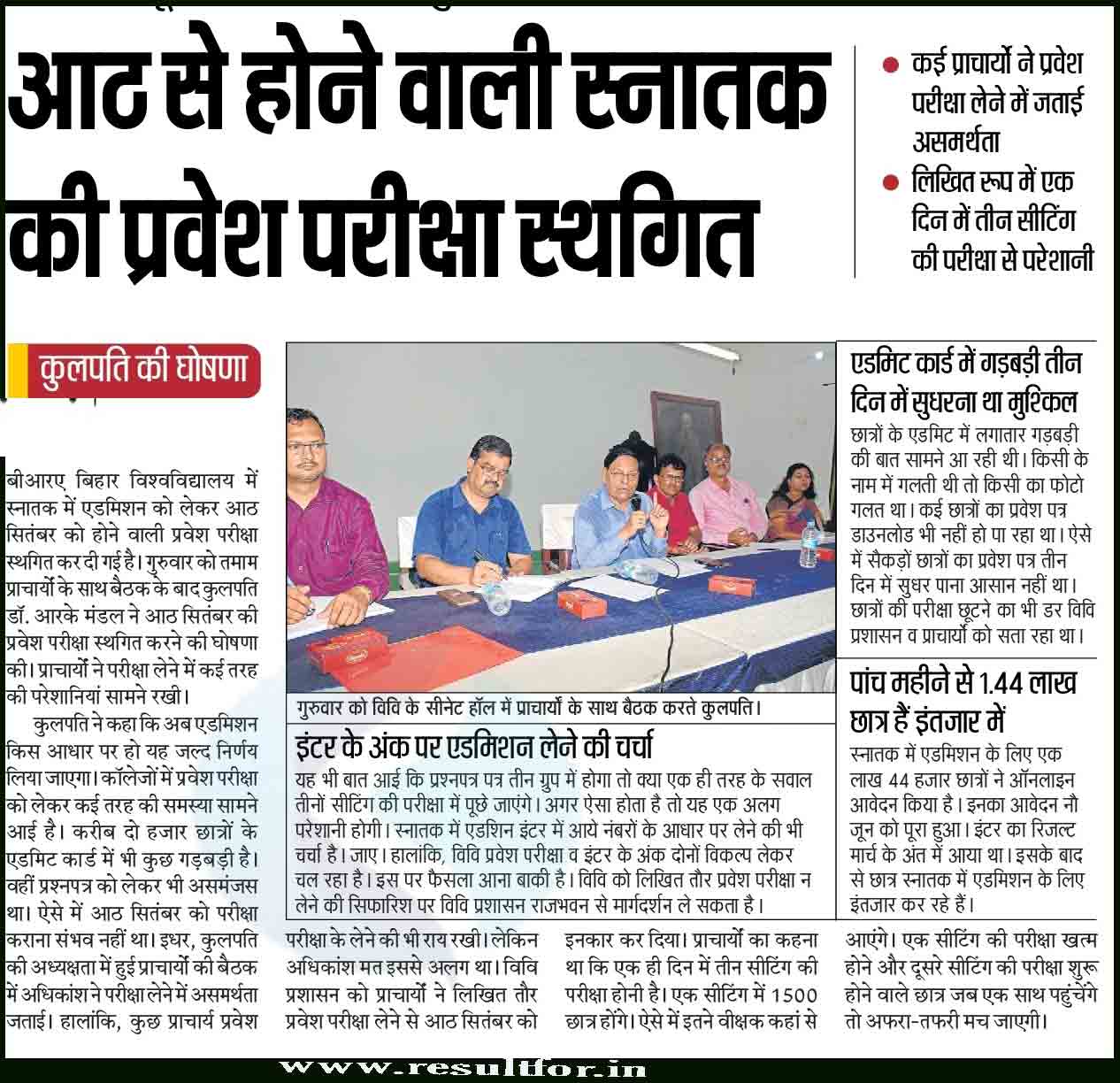 As Per source Reason for Cancel of Entrance Exam

How Admission proceeds in BRABU Muzaffarpur

As many universities like LNMU and various other university give admission in the TDC Part 1 ( Graduation Course on the basis of the marks in the intermediate. It is expecting the same that university will allot admission on the merit base.